Dunster has withstood the touch of time. At its heart, it features an age-old Castle overlooking the village beautifully preserved by the National Trust and an ancient octagonal “Yarn Market” dating back to the 18th century, where weavers plied their trade.  Standing at the base of the castle 30m from its entrance on the High Street stands Dunster Castle Hotel.  The High Street, a feature in itself, ripples down the centre of Dunster flanked by a procession of houses above cobbled paths, which date around the 17th to 19th century. Amongst a luscious gathering of trees stands a piece of decorative folly, Conygar Tower (rabbit-warren), built in 1775 for the sole purpose to enhance the landscape around Dunster Castle. There is also an impressive 15th century parish church and an 18th century watermill owned by the National Trust and produces around seven tonnes of flour per year!

Dunster is at the gateway to Exmoor National Park and all of its wonderful flora and fauna such as Exmoor ponies, herds of red deer and even nesting Peregrin falcons. The village high street takes you out of the south end of the village towards Tiverton via the beautiful “Valley” road following the river all the way. Places such as Snowdrop valley, Exford and Dulverton are a must see for visitors to the area.

Medieval Dunster is a superb base for exploring the dramatic North Somerset coastline, the pretty villages that pepper the moors with their old, thatched cottages and even older pubs and inns, and of course, the dramatic Exmoor of Lorna Doone legend. 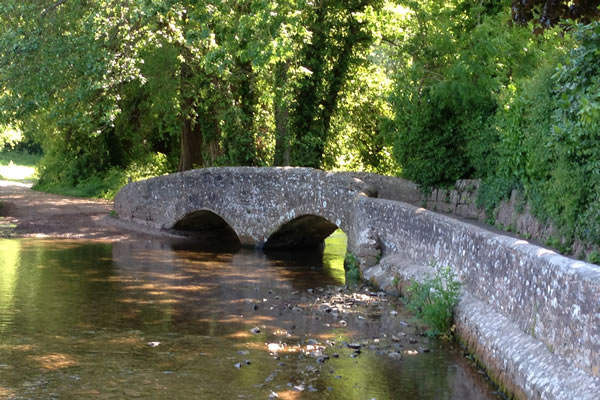 Gallox Bridge. Dunsters ‘Bridge to the gallows’ – Also known as the Packhorse Bridge 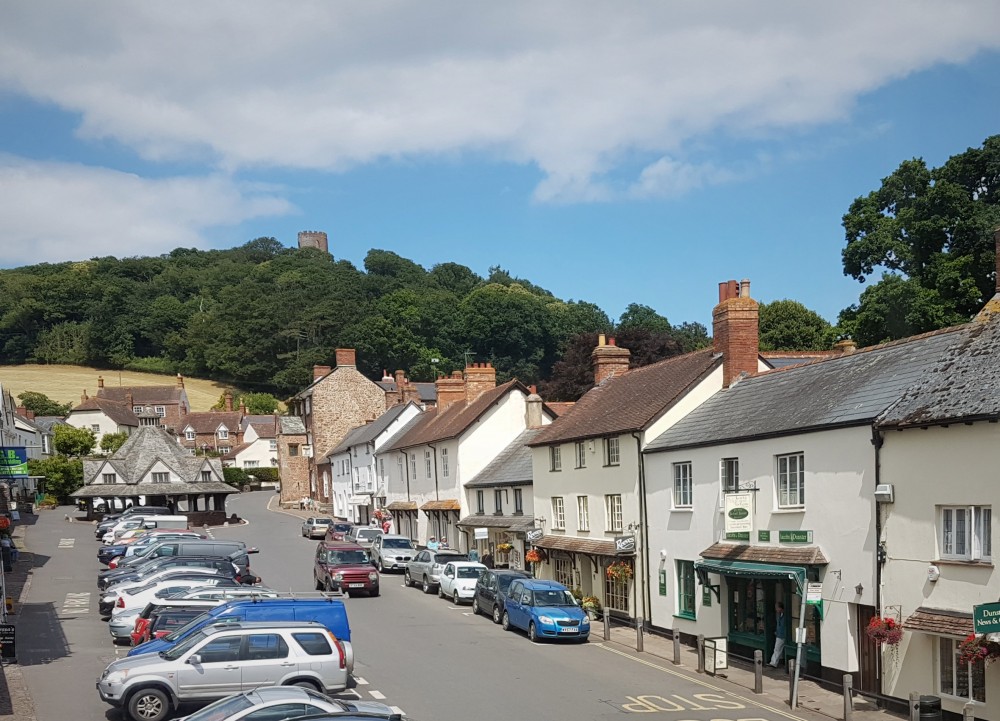 Dunsters medieval high street as seen from our Conygar room

Our hotel is at the foot of Dunster Castle itself